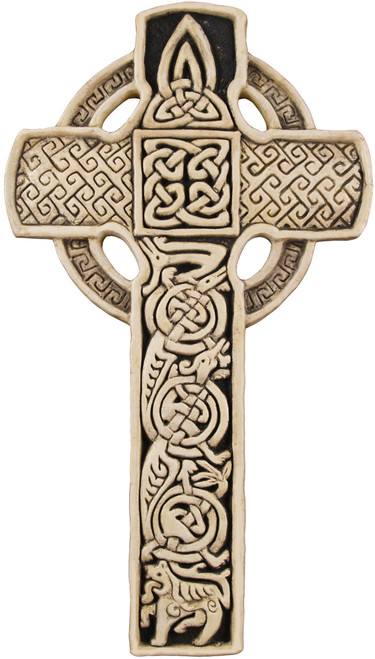 157 Bealin CrossIn Celtic Christianity, God is seen in every facet of life and nature. All is sacred, trees, animals, hills and springs alike. This viewpoint can be seen in the intertwined animals in their visual arts such as the Book of Kells. The Bealin Cross has similar patterns of animals. On the arms of the cross are key patterns. The Celts, unlike everyone else doing key patterns at the time, put them at a diagonal. The knotwork at the top of the cross is a triad, which symbolizes the trinity. This cross has been dated at about 800. An inscription on the opposite side reads "Pray for Tuathgall who caused this cross to be made." An abbot of Clonmacnois of this name died in 810 where the cross is thought to have originated.