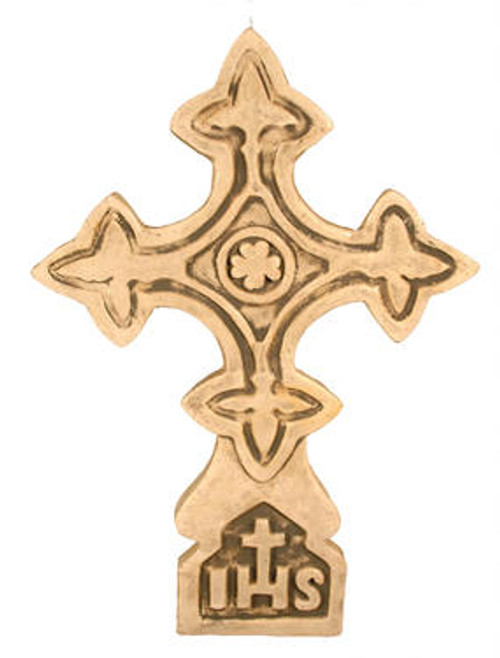 249 Abbeyshrule CrossAbbeyshrule is a picturesque village located along the banks of the Royal Canal in South County Longford. Abbeyshrule is home to  a Cistercian Abbey, founded from Mellifont in 1150 AD by the Cistercians who came to Abbeyshrule at the request of  the O Farrells, Princes of Annally. The Abbey was built on the site of an earlier Christian settlement whose ninth century abbots are recorded in the Annals. The graveyard has several interesting grave slabs and stones. The IHS stands for the name of Jesus Christ. It was often placed on tombstones and carved into doorways. The Shamrock was used by St Patrick to explain the Holy Trinity to pagan people of Ireland, using the tri-part leaf as a symbol of the Father, Son and Holy Spirit existing both separately and as one.